Could you design an alternative poster for MAD MAX: FURY ROAD? 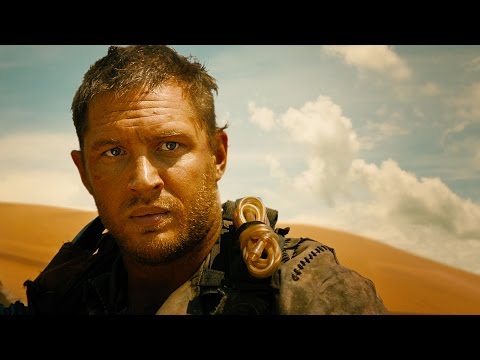 To celebrate the release of MAD MAX: FURY ROAD on May 14, in association with Warner Bros. Pictures and MCM London Comic Con, Photoshop Creative magazine are giving you the chance to show off your creative skills in the ultimate fan artwork competition. The challenge is to design an alternative poster that will be judged by the director, George Miller himself, and also displayed at MCM London Comic Con on 22-24 May 2015.

This May Oscar® winning director George Miller, originator of the post-apocalyptic genre and mastermind behind the legendary “Mad Max” franchise, brings us “Mad Max: Fury Road,” a return to the world of the Road Warrior, Max Rockatansky. Haunted by his turbulent past, Mad Max believes the best way to survive is to wander alone.  Nevertheless, he becomes swept up with a group fleeing across the Wasteland in a War Rig driven by an elite Imperator, Furiosa. They are escaping a Citadel tyrannized by the Immortan Joe, from whom something irreplaceable has been taken. Enraged, the Warlord marshals all his gangs and pursues the rebels ruthlessly in the high-octane Road War that follows. Starring Tom Hardy (“The Dark Knight Rises”), Oscar® winner Charlize Theron (“Monster,” “Prometheus”), Nicholas Hoult (“X-Men: Days of Future Past”), Hugh Keays-Byrne (“Mad Max,” “Sleeping Beauty”) and Rosie Huntington-Whiteley (“Transformers: Dark of the Moon”).

Taking inspiration from the trailer above, we want you to show us your take on a poster for this summer’s maddest movie, MAD MAX: FURY ROAD!  We’re looking for something unique and iconic that’s in keeping with George Miller’s epic, post-apocalyptic new film from the legendary franchise. Your creation could showcase the tone of the new film, the scale of the madness, or the human story of survival and incredible cast. Remember, George Miller will be choosing the winner and it will be displayed at the MCM London Comic Con on 22-24 May 2015. So make it great, make it epic and make it worthy of MAD MAX!

provides the latest photography news and our

fan page is the best place to communicate with other Digital Photographer fans.